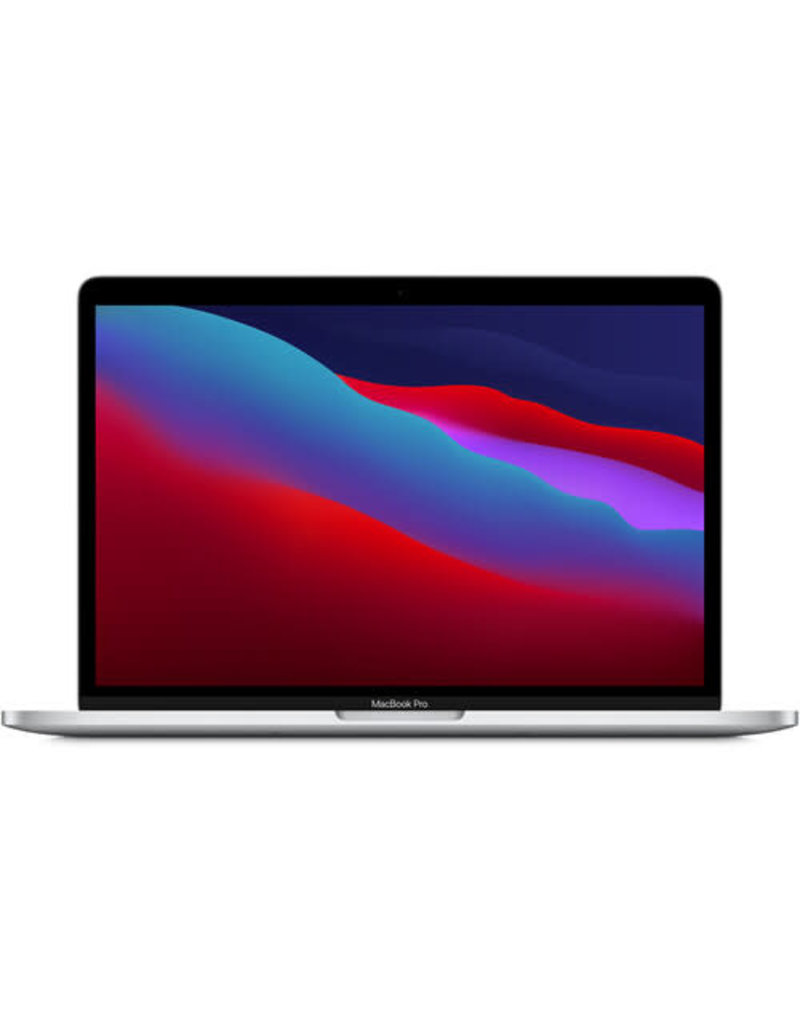 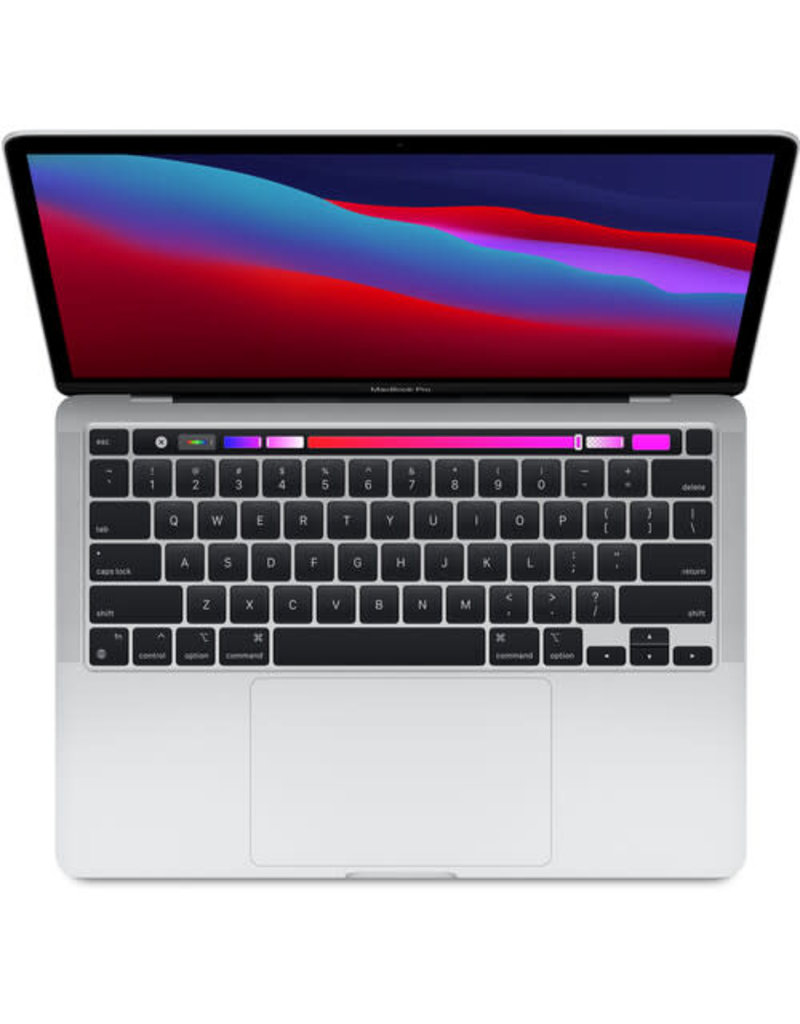 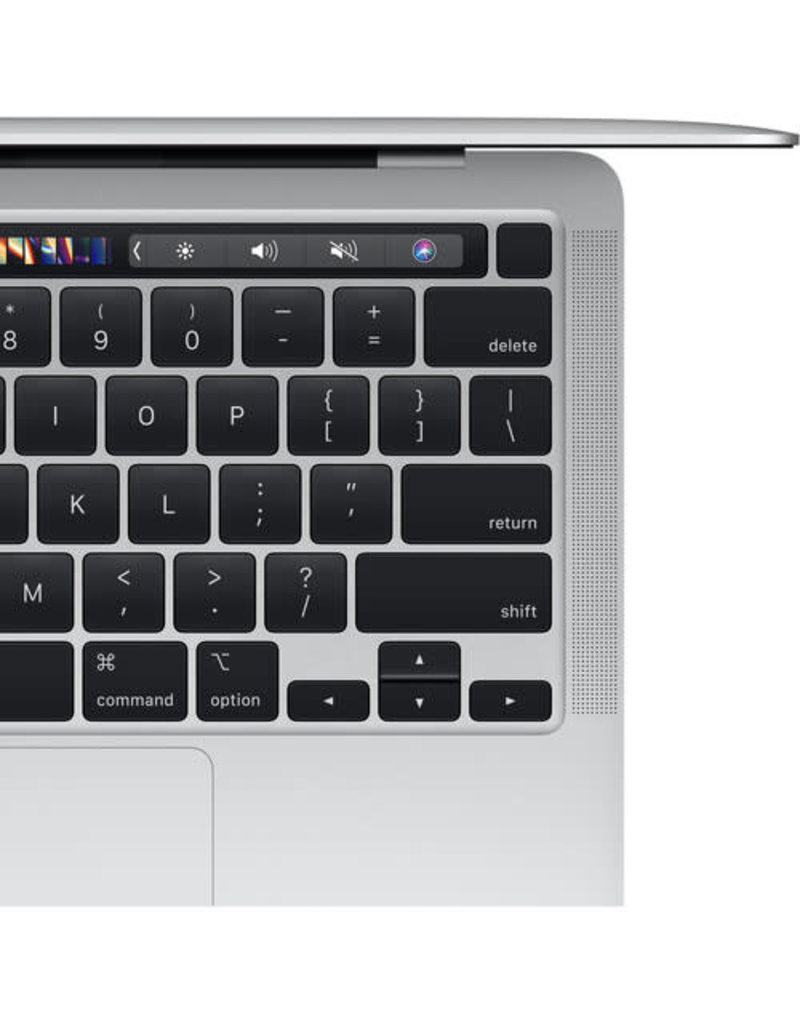 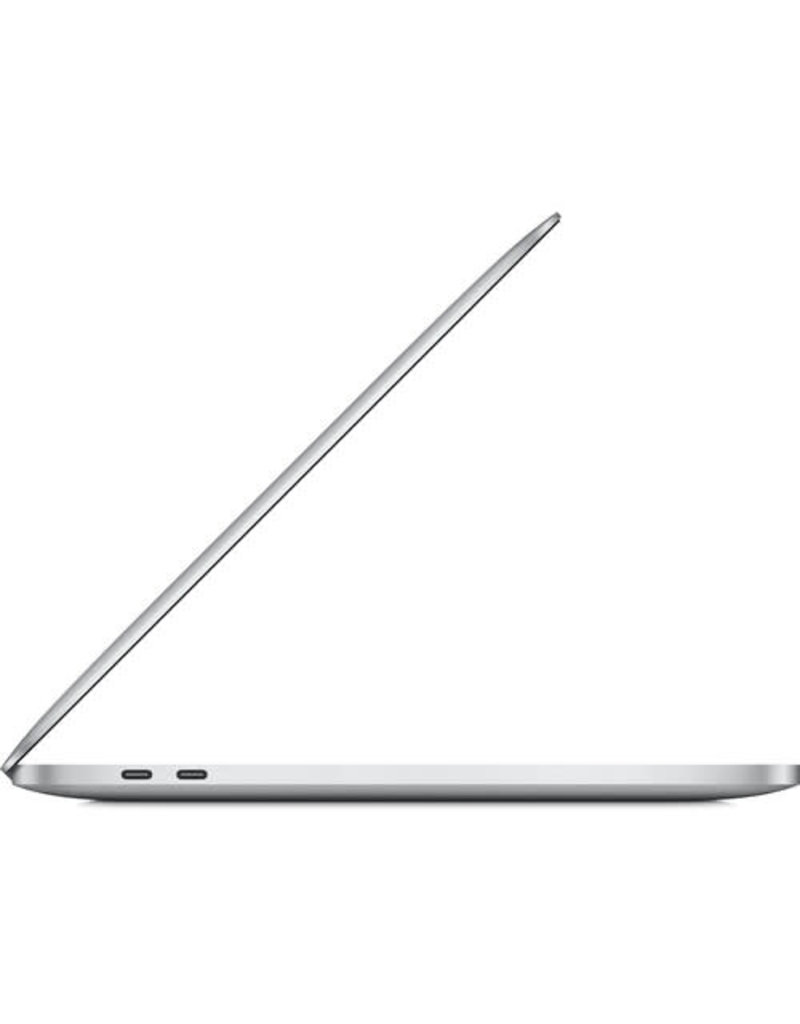 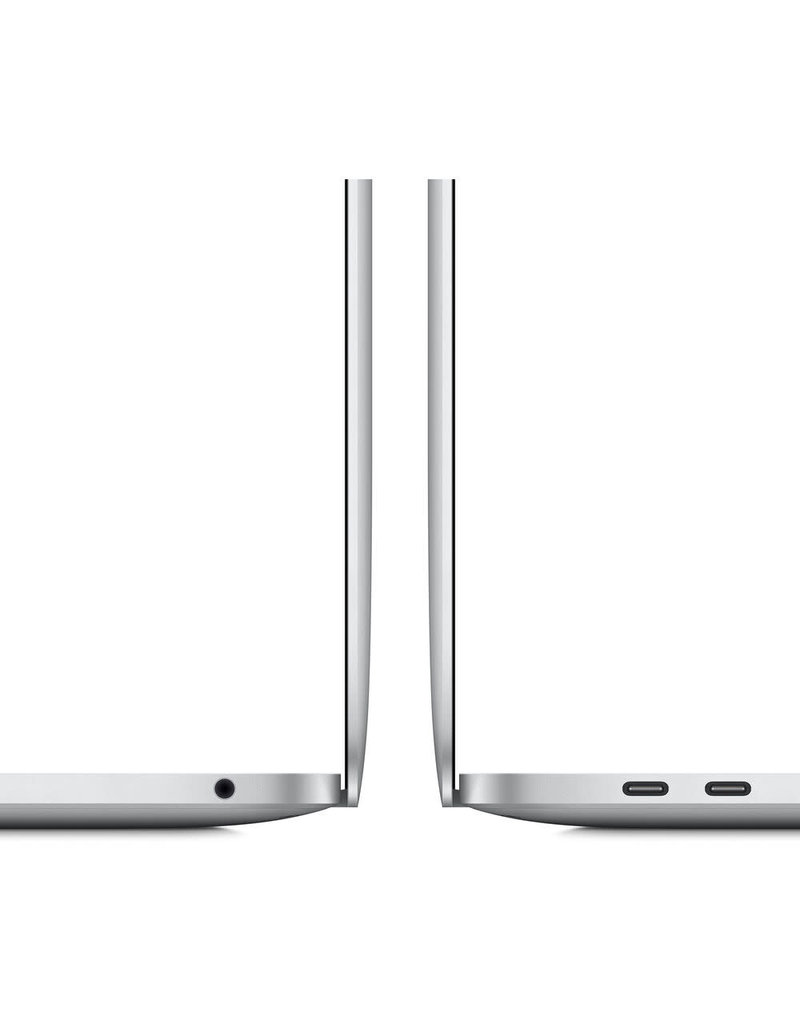 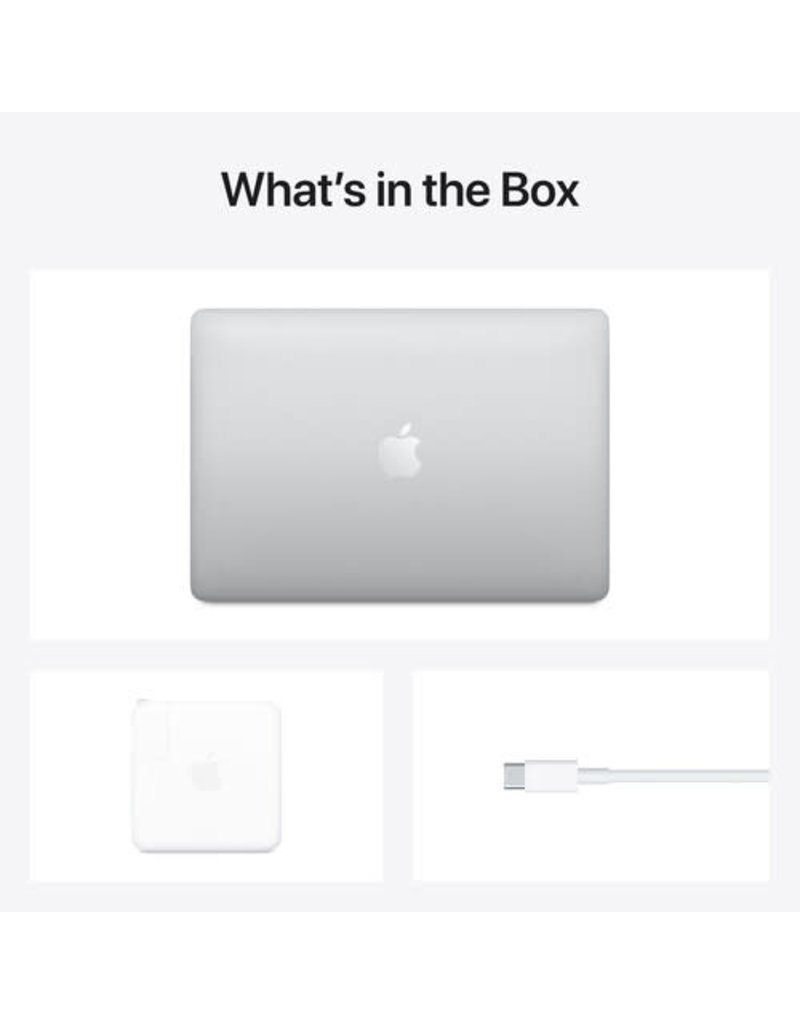 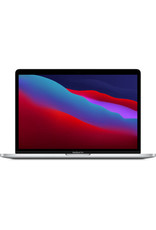 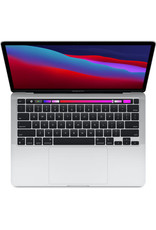 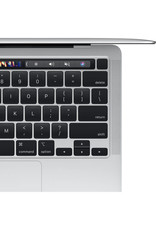 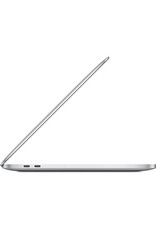 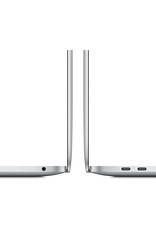 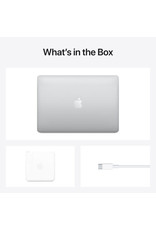 Used by students, creative professionals, and more, the Apple 13.3" MacBook Pro now features Apple's first chip designed specifically for Mac. The Apple M1 integrates the CPU, GPU, Neural Engine, I/O, and more into a single system on a chip (SoC). Tackle your projects with the fast 8-Core CPU and take on graphics-intensive apps and games with the 8-core GPU. Accelerate machine learning tasks with the 16-core Neural Engine. With the active cooling system and up to 20 hours of video playback, the MacBook Pro can handle your tasks with ease.

The 13.3" Retina Display has a 2560 x 1600 resolution at 227 ppi as well as 500 nits of brightness. It also supports the P3 wide color gamut which allows for more vibrant colors. This ensures true-to-life pictures with realistically vivid details, which are essential for graphic design, color grading, and editing. With True Tone technology, the white balance automatically adjusts to match the color temperature of the light around you for a more natural viewing experience.

Connect to the internet via Wi-Fi 6 (802.11ax) and use compatible wireless peripherals and accessories with Bluetooth 5.0. The two Thunderbolt 3 ports provide USB4 support and can even connect to the Apple Pro Display XDR in full 6K resolution. Apple also included studio-quality mics for clear recordings and calls. There is also Apple's latest camera ISP in the M1 chip, which enables sharper images and more details in shadows and highlights in video calls. Keep your MacBook Pro secure with Secure Enclave in M1 as well as Touch ID. The Touch Bar allows for shortcuts, the backlit Magic Keyboard provides a comfortable typing experience, and the Force Touch trackpad allows for precise cursor control, pressure-sensing capabilities, and Multi-Touch gestures.

Packed with 16 billion transistors, the Apple M1 integrates the CPU, GPU, Neural Engine, I/O, and more into a single system on a chip (SoC). Built with 5nm process technology, the Apple M1 delivers the performance you need without sacrificing power efficiency. The Apple M1 features four high-performance cores, each designed to run a single task, which allows for multithreaded workloads. There are also four efficiency cores to handle lighter workloads, using only a tenth of the power while still delivering fast performance. This means the Apple M1 performs up to 3.5 times faster than the previous generation while still delivering battery life up to 17 hours of wireless web browsing and up to 20 hours of video playback.

The MacBook Pro features a 13.3" Retina Display with 500 nits of brightness. The Retina Display features a 2560 x 1600 resolution and 227 pixels per inch. It also supports the P3 wide color gamut, which features 25% more colors than the commonly used sRGB gamut, for even more vibrant greens and reds. The display is calibrated at the factory for accurate gamma, white point, and primary colors.

With True Tone technology, the display and Touch Bar deliver a more natural viewing experience for design and editing workflows, as well as everyday tasks like browsing the web and writing email.

The Touch Bar replaces the function keys that have long occupied the top of your keyboard with something much more versatile and capable. The multi-touch, Retina-quality display changes automatically based on what you're doing, from showing traditional system controls, such as volume and brightness, to more directly interacting with or browsing through content. Intelligent typing features like emoji and predictive text improve the typing experience, and you'll be able to customize the Touch Bar to fit your needs. The Touch Bar can also adapt to apps, such as Mail, Safari, Messages, and even third-party apps like Adobe Photoshop, so you'll have access to useful functions previously hidden in menus.

A Touch ID sensor has been integrated into the power button, so you can quickly log into your account, even when another user is logged in. You can also use it with Apple Pay to securely purchase things over the web.

The Magic Keyboard on this MacBook Pro features a scissor mechanism that delivers 1mm of key travel. There's also a physical Esc key and an inverted "T" arrangement for the arrow keys. Combined with the Touch Bar and Touch ID, the Magic Keyboard provides a comfortable, accurate typing experience.

When compared to the previous generation, the M1-powered MacBook Pro can:

Thunderbolt 3 is a hardware interface that utilizes the reversible USB Type-C connector. Doubling the speed of its predecessor, Thunderbolt 3 features a maximum throughput of 40 Gb/s when used with compatible devices. The connector also supports USB4, allowing you to connect to more peripherals, including the Apple Pro Display XDR in full 6K resolution.
Add your review
0 stars based on 0 reviews